What Makes FrameForge so Radically Different? 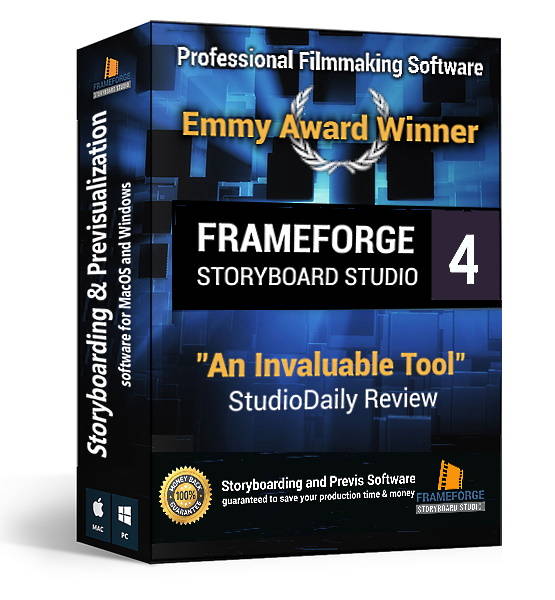 What Makes FrameForge so Radically Different...

...that the National Academy of Television Arts and Sciences said that it "represents so extensive an improvement on existing methods or is so innovative in nature that it materially has affected the recording of television"when they awarded us Television's highest award: an Emmy(r) Statuette.

The short answer is that FrameForge is not actually storyboarding software.

Sure, it can produce storyboards, but at its core, it's an optically accurate virtual film studio, where you can explore, experiment, troubleshoot and discover, just as if you had unlimited time on set.   With FrameForge, we've taken all the power and advantages of the kind of previsualizaton that studios typically spend $10,000 a minute to get, and we've democratized it, making it easy for anyone to create their own previs.

Our Money Back Guarantee